Realms of Gold: Ritual to Romance Reviewed By Sandra Shwayder Sanchez for Bookpleasures.com 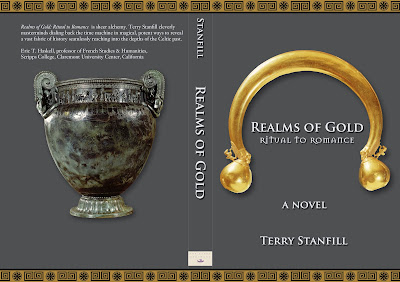 This fascinating novel is prefaced with a quote from the book From Ritual to Romance  written by Jessie L. Weston in 1920:

“That the man who first told the story, and boldly, as befitted a born teller of tales, wedded it to Arthurian legend, was himself connected by descent with the ancient Faith, himself actually held the Secret of the Grail, and told, in purposely romantic form, that of which he knew. I am firm firmly convinced, not do I think that the time is far distant when the missing links will be in our hand, and we shall be able to weld once more the golden chain which connects Ancient Ritual with Medieval Romance.”

For readers interested in Arthurian legend, ancient archaeology, the development of ancient philosophies and religions this book will be a journey well worth taking.

Terry Stanfill combines a stunning knowledge of Mediterranean history, art and archaeology to create an engrossing tale of mystery and romance.  Bianca, An American of Italian heritage, is a student of art history who writes for an art magazine. Giovanni is an Italian archaeologist. Neither of them really wants to attend the wedding of a mutual cousin in Venice but for different reasons, they both do and there they meet each other and embark upon a journey of destiny, which Giovanni explains to her:

“In this case there’s no such thing as coincidence. Again it’s synchronicity -events unlikely to ever occur together by chance.  You see, Bianca the culmination of synchronicity is its direct revelation of destiny, the design of the whole universe working itself out in the display of each unique human life. And since you delve so deeply into the unconscious synchronicity is activated and can occur frequently.  Again, its all that right brain business I keep talking about.” (p. 169)

Bianca is an intuitive who studies the diary of her great grandmother Nina and sometimes dreams or has visions of what Nina saw in her life.  And Interspersed into the 2007 narrative are bits of medieval & ancient history in the words of historical characters. It is Pythagoras, for instance, who makes a claim that Bianca and Giovanni would each agree with (as exemplified in their lives):

“The highest and the fewest are those who love wisdom, those whose lives are devoted to pursuits of the mind – the philosophers, whose entire lives given to searching for the true wisdom of the universe.  Perhaps theirs are not only the greatest gifts, but also the greatest challenges.” (p.173)

The story culminates when Bianca and Giovanni discover the real site of Camelot together and thence discover their destiny . . .  together. Along the way, the author also demonstrates her knowledge of music, neuro-psychology and Italian cuisine. Every detail is perfect and the reader. upon completion of this literary journey, remembers it as if it were a  real life journey to Italy, Greece, France & back into time.


Reviewer Sandra Shwayder Sanchez: Sandra is a retired attorney and co-founder of a small non-profit publishing collective: The Wessex Collective with whom she has published two short fiction collections (A Mile in These Shoes and Three Novellas) and one novel, Stillbird. 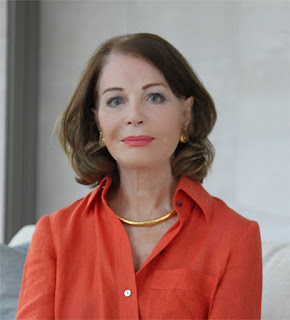 Terry Stanfill, born in West Haven, Connecticut, is a first generation American of Italian descent. She received a degree in English Literature with a minor in Medieval History from the University of Connecticut.

For her efforts in raising funds for the restoration of San Pietro di Castello, the ancient cathedral of Venice, she was decorated by the president of Italy with the Ordine al Merito, Cavaliere della Repubblica Italiana, and more recently as Commendatore. She is vice president emerita of Save Venice, Inc, and was founder of The California Chapter of Save Venice Inc.

Terry is an Overseer of The Huntington Library in San Marino, California as well as Reader. Her subject of research, the Normans in Southern Italy and Sicily in the 11th, 12th and 13th centuries inspired her to write her first novel, The Blood Remembers.

Their daughter.Francesca Stanfill Nye, is a novelist and journalist.

Their son, Dennis, is partner and managing director of HBDesign, Singapore.